SOS - What my fortune said

Hello and good morning to all you special sugar addict out there that take the time to read my ramblings.

I had an un expected change of plans yesterday and ended up, right out of my comfort zone, going to the house of a friend where the only woman I know was that friend that took me along. Why did I go into a new environment where there were a mix of younger women all who I had very little in common with? The answer was they were all gathered to get their tarot cards read.

Something that I have never done, I am very open minded about things in the spirit world and readings. I had no expectations and really no idea what she was going to tell me. I was apparent from the start that she was taking too long with each private reading and it was going to be real late before she got around to everyone, if we waited that long. So by 11.30 it was well past my bed time and sitting on a hard wooden chair no doubt has something to do with the back pain that was slowly getting worse as I watched the clock.

MY turn! So in I went, she was plain and straight forward. No I had not been before, No there was nothing in particular that I wanted to know. I had to shuffle a large pack of cards and she then placed the down in front of her.
I was a push over and I needed to be harder
I had had my wings clipped
I had itchy feet for a new challenge
I was the rock that held everything together
There was a blockage that I was ignoring and until I got rid of it, I would struggle to move forward.

And then she stopped!

It was all to much she said, she could not "read" me. She was exhausted and in her 20 years this was the third time she had to stop a reading. Now should I be in panic mode? Was there something dark there that she could not tell me about? Is my life so bad shit crazy that it was all information overload for her after a long night? She could not unders stand the family card kept coming up and she had no idea why? So the night ended there, she had one more girls after me that she refused to do.

I felt like a little kid who went to a party and there was not enough party bags and I was left out! Bummer!

So what do you think girls? Is my world going to end? Is the blockage that pile of paperwork in the office that just does not go away? Or is the issues I have with my parents and my unloved upbringing? Yes I am the bolder that holds my dis functional family together and without me there would not be a sugar nellie family either.

I am sure she had a lot more to tell me, generally it was not specific but like all the other ladies it was specific to them in a way that they could convert it into their life's.

There also was a card of a naked back of a man with a big triangle on it. A HA! my sore back I thought but she did not get to that bit. But by the time I got home my back was so bad that I slept in the spare bed. This morning I am still there when hubby comes in bent double having put out his back! Mumbling and cursing me for being involved in witch craft. Truth be known if I had witchy powers it would not be a sore back he would be having! So I am laid up today, doped up with pain killers in the hope that it passes and I can get to work tomorrow.

I am going back to finish my reading as soon as I can because I am not intrigued. I am off to google those cards and see if I can find out what they mean because I am flat on my back and the computer is the only thing I am going to be working today.

Have a great Sunday and do take the time to tell me about your fortune and if it was cards or something else, I am really interested in know what you all think, truth or entertainment?

oh Karen....I would defo be going back too!! I have been to fortune tellers, tarot readings and spiritualists...I think there is something in it...well the spiritualist ones anyway!!

No Karen, she had a vision of all that Sugar candy in your shop and she couldn't think of anything else lol! Need to get those back muscles givin a good prod to relax them and a long soak in the bath. Hope alls well for work tomorrow. Carolxx

Oh I couldn't go to one my sister did but not me in case something bad was going to happen you are much braver than me and omg your poor hubby. Lol

Ooh I find tarot cards very spooky and do believe in them. I wouldn't have a reading but yours does sound intriguing. Hope your back is better soon xx

I am on the fence about it. I think that some of them are just too general to be real. Then I've actually had one or two very specific readings that were spot on. For example, when I was engaged to my first husband, a palm reader told me I'd get married twice in my life. She said that one marriage would leave me a young widow. Fast forward...I divorced my first husband, married my second, and he passed away one week after his 38th birthday. Specific enough to be real/true???

I hope you feel better soon! Back issues are awful!!!

spooky stuff Karen. I am a great believer in these sort of things, no idea what the blockage could be though???
I remember having a reading before and she told me I was in the wrong job......tell me something I don't know lol!
Hope you feel better soon x

Karen
I am a very big believer in all that is there but we do not see it but we can feel it - if you know what I mean. But any readings I ever heard about - a good reader - would never have as many as your reader had for a night. It is very draining on them and you would not get a good reading - not that you got a "good" reading in that sense. Take it all in stride and take care of your back! Hope you feel better! Hugs

I had so much fun reading your honest appraisal of this situation. I think they are full of crap. I think they look for clues to the crap they predict and expand on other peoples emotions. You were not giving her enough to expand on so it wasn't working out for her. She could make any of those blind statements to any of us and we could run with the assumptions of how it fit our lives. But if it's just for fun, go back. If you think it might change things, ask yourself does anything really need to change? will it make your life happier?

my guess is that you are a pleaser. now that you are an adult, are you still holding old feeling about your parents that might be in your way to healing? I hope it all works itself out for you.

Don't like that she left you in that state.. most readers do NOT do that at all! Not liking the "vibe" about her... looking up the meanings of the cards won't help much because the interpretation of each cards depends on not only the reader, but the cards above, below and beside it... For example, you could have a "death" card next to a "money" issue card and it could mean the "death of financial problems" a much more positive read than just isolating the death card...I studied tarot for awhile so I am fairly well versed on them.. she sounds like a fake to me, at the very least, she is incredibly unprofessional (for lack of a better word) to leave you with such anxiety about what she saw and why she could not read you anymore.. she should have known her "limit" (let's say no more than 5 or 10) before collecting all the money she did before she left!! Sorry to be such a wet blanket, but I have had many good intuitives and many bad ones, and she sounds like a bad one. Finally, the best reading... comes from YOU! Trust your "inner wisdom"... it will never fail you. Feel better! xxx Ann Marie (My Eclectic Spirit)

I am thinking the same as someone else had said in that she took on to many readings in one day. She may or may not be a "good reader" as you say you didn't know her. And a good reader won't tell you things that are really bad concerning you. If she tells you anything it might be in a way that she is cautioning you to go or something to do. I would go back an get her to read again but also get someone else to do it and see how they stand up to each other. I think there is more than what we see in just the physical world, for sure. Some is crap and some not so. Hope your back feels better soon. Take care and keep us posted.
Talkin atcha from Canada! 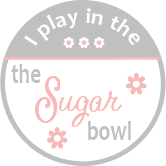 This blog is an extention of http://www.sugarnellie.com/ and all our contact details can be found on the main web site. 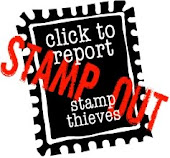 Any work submitted by Design team members, guest or challenge entries, past and present are available to Creative Flourish Ltd for use in advertisments and promotions